Hello My Cheap Cheetah Family, How Are you today?

I miss my podcast show. I was thinking about doing some new shows, but I feel the price on blogtalk is kinda expensive, They are asking $12.99 a month. I am not sure if it's worth it. I mean I love doing my shows but financially it can get pricey. I liked when they offered it for free. You know I am a cheapskate) I am looking into other options . If you have any suggestions please let me know.  Now on to 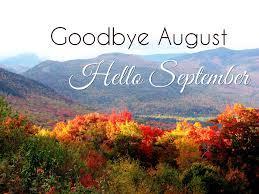 Money Challenges. September 1th is right here and I am looking for a good money challenge. Are you doing any money challenges and if so what are they I might want to join you.

Have A Great Cheap Cheetah Day!

Posted by www.cheapcheetah.com at 8:55 AM 2 comments: 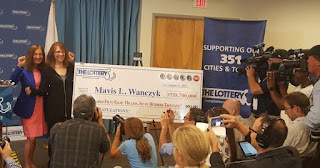 Hello My Cheap Cheetah Family. So How was your weekend?

Well here's the question for today Crazy Or What? You decide. I know by now you have read or heard of the hospital worker Marvis.  that won 758. million Dollar in the powerball. She won on Saturday and came forward on Monday. With out the assistance of  any professional help that could have shield her from  all the  crazy situations that she will encounter with all of that money. Like a good tax man, lawyer, financial planners etc. Is it just me or was this a crazy move on this women's part to let the whole world know that she has that kinda money.

Only thing I can think of is the danger she has put herself and her family in by letting the world know your business. I could be wrong . What do you think did she make a smart move or a dumb one by coming forward to soon after she won?.

Have A Great Cheap Cheetah Day & Save That Money!
Posted by www.cheapcheetah.com at 8:28 PM 1 comment:

How To Waste Money

Posted by www.cheapcheetah.com at 1:54 PM No comments: 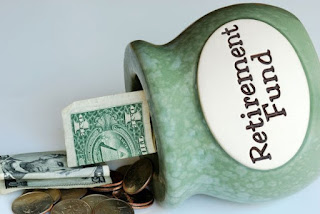 Good Morning My Cheap Cheetah Family How Are you Today?


Some Suggestion On How To Retire Cheap

That’s right. It usually costs more to live in or near big cities or on or near coastlines. You can save thousands of dollars a year in real estate taxes and on home and food costs by moving to “middle America,” where the cost of living is lower. The median household income in Auburn, Ala., is only $21,630, and the winters are mild. In Blacksburg, Va., it is $26,792, and in Mount Pleasant, Mich., it is $27,621. These three cities all happen to double as college towns — Auburn University, Virginia Tech and Central Michigan University, respectively — which tend to offer lots of cultural and educational events, often priced low to attract students. One warning: If you live in a town that’s too isolated, it may take you longer to get to airports, hospitals, libraries and stores, and you’ll find that your children and friends may not visit you as often as you’d like.

2. Pay off your house

The most recent statistics show that at least a third of those who are 65 and older are still paying off mortgages, and some continue to work because of these mortgages, their largest single expense. Imagine how much better you can live in retirement with an additional $12,000 to $24,000 a year.

3. Get rid of car payments

It’s easier said than done, but having no car payment will save you hundreds of dollars a month. After you pay off your car loan, be sure to maintain your car well so it will last several years. Some retirees who no longer need to impress clients with luxury cars downsize and buy more affordable cars and save hundreds of dollars a month doing that. Whatever you do, don’t lease a car. That guarantees that you’ll continue to have large monthly payments going toward transportation.

4. Take care of your body

Eat well. Exercise. Don’t smoke. All of those things you need to live a healthy life will reduce the likelihood that you’ll need expensive surgeries or other medical procedures. And if you retire before you qualify for Medicare, your health will be a major factor in the health insurance rates you pay.

There are two reasons to do it: You’ll give yourself more years to save for retirement, and you’ll receive a higher Social Security benefit. If you’re trying to decide, keep it mind that the key is whether you think you’ll live past 79. Let’s look at two examples:
Mary and John are the same age, and they both will live to be 90. They stand to collect the same amount if they retire at the same age, but Mary wants to start receiving benefits when she turns 62. She receives $19,320 a year, and by the time she dies at 90, she has received $542,570. John waits until he’s 70 to start collecting his benefits. He receives $35,340 a year, and by the time he dies, he has received $709,745.
The break even age– the time at which she would have collected the same amount whether she retired at 62 or 70 – is 79 years and six months. If you think you’ll live longer than that, consider delaying retirement. It just might pay off in a big way.
Have A Great Cheap Cheetah Day!
Posted by www.cheapcheetah.com at 8:03 AM No comments: 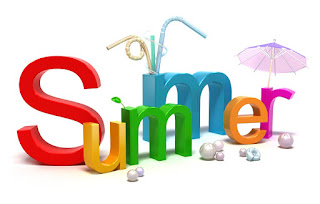 Hey Family August already and the summer is just flying by and so is my money. Here's what I mean it's hard for me to be a Cheap Cheetah in the summer time because I find myself wanting to do stuff like go on vacations that cost money. Why is it in the summer things cost more then the winter time? I am more of an impulsive buyer in the summer and I watch my pennies in the winter. Here's a perfect example of what I am talking about.  In October I am going on a cruise and that's pretty cheap but the hotel that I have to stay in the night before the cruise is costing me $200 Bucks!!! That's right I said $200 bucks and can you believe that that is the cheapest hotel I can find without it being a dump.  Now the Cheap Cheetah in me would have said find something cheaper that a little above the dump hotels that you see. But the spender in me says it's only money go for it. So I did.

Let's not  talk about my new addiction shopgoodwill.com. The way I have spent money on their site  their summer I might owe them by kidney to pay for some of my purchases.   This is not a good summer spending wise for Me a Cheap Cheetah  So how's your summer going?

Have A Great Cheap Cheetah Week!


Posted by www.cheapcheetah.com at 3:06 PM No comments:

C.C.'s Podcast From The Past

Thanks For Coffee or Cupcake 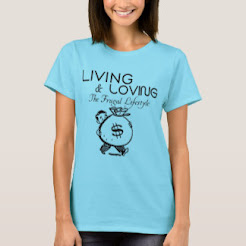 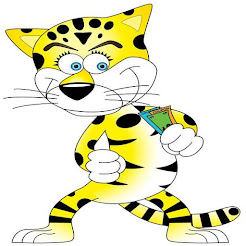 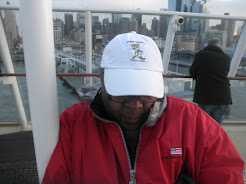 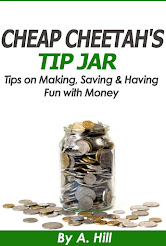 Helping you to save $$ with our simple tips.